This is an updated version of an article I originally wrote for VentureBeat.

Automotive companies are shifting from bending metal to bending bits. Soon they will be offering software and services to complement their manufactured metal. In order to win in the market, they will need to embrace open-source software to build leverage and enhance their offering.

Automotive companies are shifting from bending metal to bending bits. Soon they will be offering software and services to complement their manufactured metal.

As they become software-driven, open source will become a staple to drive innovation faster and reliably. Today’s cloud is powered by open source and 78% of businesses run open source software in some form. With the convergence of automobiles and the cloud (supporting autonomous systems and connectivity), it’s quite clear this open source paradigm that took over the cloud will take over the automobile.

The juggernaut tech companies, Apple, Microsoft, Google, Facebook all contribute to thousands of open source projects that fuel their businesses. They get leverage from a worldwide community of developers so that they can focus on their core competitive advantages.

Over the past decade, I’ve worked with Fortune 500 companies, including MTV and Sony. I’ve helped them make the switch from proprietary content management systems to Drupal. I’ve been an active open source developer, contributing over a 1000 code commits to the Drupal framework. Today, Drupal powers over a million websites, including Tesla.com.

This future of transportation includes the convergence of manufactured metal and software-driven cloud solutions. Open source will be at the core of this transformation and will drive innovation faster. Soon we will see Ford, GM, Fiat Chrysler, BMW and other manufacturers launching their own open source initiatives.

Open Sourcing Parts of Your Automobile

The touch and voice interface to controlling navigation or entertainment

Whether it be navigation, music and media, or mobile phone support, you might be interfacing with features built on top of open source software.

GENIVI is an open source framework for in-vehicle infotainment launched in 2009 with founding members BMW, GM, Intel and Delphi. It launched with a goal of “driving innovation” to “reduce time-to-market and total cost of ownership.”

This is what Ford has done with their SmartDeviceLink – open sourcing it as part of their membership with GENIVI. This enables Ford to leverage a community of developers worldwide to improve the base functionality that can be incorporated into future Ford vehicles.

The systems that enable cars to drive themselves

Your engine, transmission, airbags, antilock brakes and cruise control are all connected via a system called the CAN bus. This protocol powers the backbone-network in a vehicle.

Like the http protocol that powers the internet, systems can be built on top of the CAN bus to enable entirely new applications, like cars that drive themselves. In the automotive world, examples include:

The blueprints to design and build electric vehicles and transportation services

One of the more audacious open source projects is OSVehicle, founded with a mission “to democratize mobility by enabling businesses and startups to design, prototype, and build custom electric vehicles and transportation services.”

There are many benefits to embracing open source. The 3 most important ones follow.

The most important reason to embrace open source is the ability to shift focus to what is essential to the core business. Too many companies try to do it all and suffer from unneeded complexity. Leveraging open source allows companies to put the effort behind the core differentiators of their product. The commodity pieces which are the table stakes needed to compete, should leverage open source. The time and resources saved can be applied to the core business, further improving the competitive advantage.

That team of 10 developers, when leveraging open source projects, is gaining the insight and experience of 1000 developers, giving a 100x return on developer output.

The top open source projects have 1000s of developers looking over the same, standard code base. Many eyeballs and contributions lead to more stable code bases through a wide range of testing and implementation. Additionally, sub-groups of developers on these projects tend to focus on security implications. This leads to generally more secure projects. Security through transparency verse obscurity.

This network of developers contributing to the same project improves quality over time. It replaces the old mantra of build once and ship with continuous development.

This in turn allows companies to ship more reliable and secure products. This reduces long-term costs by driving up customer satisfaction and driving down maintenance costs.

The Future of Automotive is Open Source

The future of mobility will encompass the experience and services offered for getting around more freely. Automotive companies will shift from manufacturing steel to serving up bits. Software and data will drive this core differentiator enabling new services and seamless experiences.

The entire internet infrastructure changed over the late 90s and early 2000s leveraging open source software. Those proprietary systems opened up, making it easier and cheaper to build websites. Content management systems became open, allowing publishers to focus on their core differentiator: their content. As a result, we saw a proliferation of amazing websites, apps and tools online.

The automotive industry and emerging mobility companies will see the same result over the coming decade. It won’t be limited to infotainment, autonomous systems, or entire vehicle design. Open source will enhance every aspect of a vehicle in the coming decade. Companies that embrace this change will drive innovation faster. They will be able to shift to enabling new services and experiences. This will drive up their competitive advantages while reducing costs associated with running commodity parts of their business.

Meet the Techstars Detroit Class of 2019

The Techstars Detroit Class of 2019 is the 5th Techstars class in Detroit, but the first class to run under the new name and expanded thesis. This class is 60% international and 40% female led. Check out the reasoning behind the name change and full class below. At the beginning 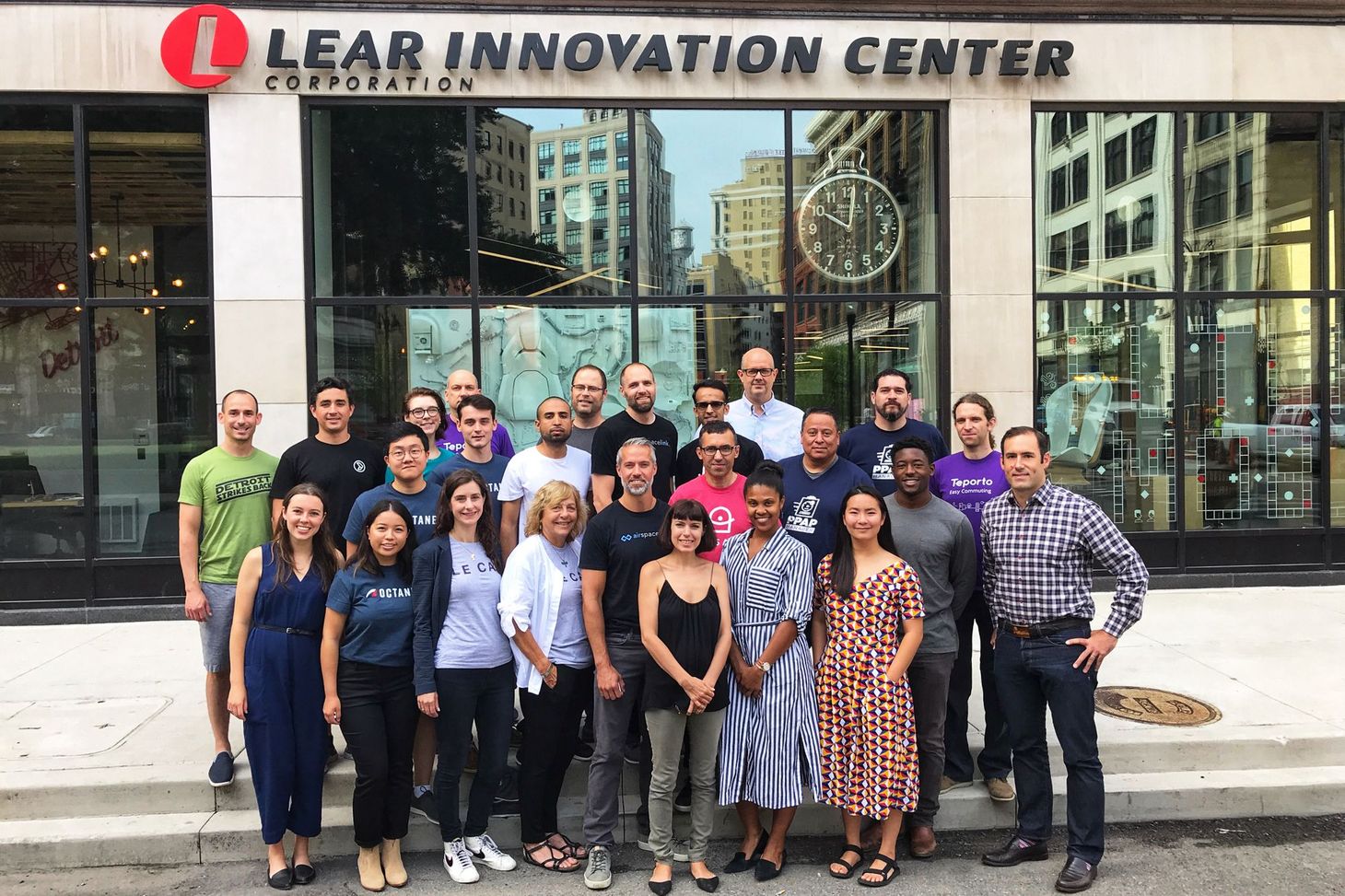