This is an expanded and updated version of an article I wrote for VentureBeat.

Six years and 59 days ago, I moved from San Francisco to Detroit. My friends thought I was crazy moving from one of the best American cities to one of the worst. But I saw an opportunity: the potential for Detroit, an iconic American city, to reinvent itself and become a leader once again. At the time I didn’t know what it was. But today it’s clear.

Detroit is redefining itself as a city known for bending steel to bending bits.

In Detroit, we’re seeing a shift from manufacturing vehicles to creating software and services.

The future is more than automotive; it is mobility. Mobility is the fusion of manufactured steel with software and services. Mobility enables people and goods to move more freely from point A to point B. It’s the automotive industry adding a layer of software and services to enable new ways to get around, like a car that drives itself or transportation on demand.

The Motor City is becoming the Mobility City.

How the Momentum Started

Detroit and the automotive industry had two massive crises that forced a hard reset for both:

Both the city and the automotive industry had to go through a hard reset that was like ripping off a Band-Aid. It was painful, but then the healing process could begin.

First, there had to be a restart of Detroit’s entrepreneurial and business resurgence. Dan Gilbert kickstarted this reset by signaling “buying opportunity in Detroit,” moving Quicken Loans to downtown Detroit in May 2010. Second, the automotive industry sought to change the city’s image with Chrysler’s February 2011 Super Bowl commercial: “Imported from Detroit.” Together, these things started to renew interest in the Motor City.

Setting aside the city’s automotive history, Detroit and the surrounding region throughout Michigan are home to other ingredients that have supported this rise in building the future of mobility.

Talent and Industry Expertise
Across Michigan, more than 2,200 facilities conduct automotive research, design, engineering, testing and validation in the state of Michigan. 16 OEMs have headquarters or technology centers in Michigan. 96 of the top 100 automotive suppliers to North America have a presence in Michigan, 62 are headquartered in Michigan.

Michigan is home to the highest number of mechanical (42,080) and industrial (26,660) engineers in the nation. They are part of 90,000+ engineers that are employed in Michigan across.

When you combine the ingredients above—talent and industry expertise with regional advantages—the foundation is there for Detroit to position itself as a leader in the future of automotive mobility. But it still took the efforts of a few early entrants to set the stage for Detroit’s resurgence.

Density in Downtown Detroit
Fueled by Dan Gilbert’s Bedrock and the Ilitch Family’s “District Detroit,” massive amounts of construction is transforming Detroit. As a result, automotive companies like Ford, Chrysler, Lear Corporation, and Adient are opening offices in downtown Detroit, all near GM’s existing world headquarters. They are joining other high tech companies that have moved to Detroit including Quicken Loans, Google, Microsoft, Amazon, and Twitter. For a closer look, check out Lonely Planet’s “Detroit, America’s most ambitious renovation project.”

Joining the commercial boom is the residential boom in downtown Detroit. Young professionals are flocking to Detroit to experience the rebirth of the city and escape the exorbitant costs of the coasts. This demand is driving a boom in residential construction. Curbed Detroit mapped out 41 new residential developments bringing 1000s of new apartments and condos to Detroit in the next few years.

Government Support
There have been $13.9 billion in automotive-related investments in Michigan since 2012. In 2016, Governor Rick Snyder passed a bill clearing the way for automotive companies and tech companies like Uber and Lyft to start testing self-driving vehicles on public roads. Michigan ranks #1 in the nation for connected and autonomous vehicle projects, as well as #1 in mobility-related patents.

Across Michigan, there are 22 venture capital firms and 8 angel groups investing in mobility startups. There are 141 venture-backed startups, a 48% increase in the last 5 years. I wrote more about Why I love the Detroit Startup Scene in this post. Some of these startups include Derq, Lunar Wireless, May Mobility, SEEVA, Spatial, SPLT, and Ushr.

Collaboration Among Startups, Industry, Government, and Academia
The most significant driver catapulting Detroit forward is collaboration and the spontaneous collision of ideas and connections across the region.

Techstars Mobility has invested in and brought 33 startups from around the world to Detroit since June of 2015. The program has facilitated over 7000 relationships between mobility startups, Fortune 500 corporations, universities, and government officials leading change in the future of transportation.

In 2015, the University of Michigan launched Mcity, the first purpose-built proving ground for testing connected and automated vehicles and technologies in simulated urban and suburban driving environments. Funding partners include BMW, Bosch, Delphi, Ford, GM, Honda, Intel, Toyota, and many others.

There’s also the American Center for Mobility, the only facility like it in the world: It’s on a mission to accelerate development of voluntary standards for connected and automated vehicles through a collaboration of industry and government. This non-profit is a joint initiative with the State of Michigan founded in partnership with the Michigan Department of Transportation, the Michigan Economic Development Corporation, the University of Michigan, and other organizations.

Governor Ricky Snyder and the State of Michigan launched PlanetM, a concierge service for any mobility-focused company or investor to plug into Michigan’s automotive ecosystem. Last year, MICHauto, The Detroit Regional Chamber, Michigan Economic Development Corp., and WeWork announced the launch of the PlanetM Landing Zone, which will serve as an environment for connected and automated transportation startups to connect with Detroit’s automotive and economic development network.

Anchoring the region is the North American International Auto Show, annually held in Detroit in early January for the past 30 years. In 2017, the show launched Automobil-D, an expo featuring 180 brands, ranging from automakers to suppliers to tech startups as well as universities and government organizations. Startups were a key component featuring the largest mobility startup expo in North America at an auto show.

Detroit’s Changing Perception
One of Detroit’s more significant challenges is the perception of Detroit. Six years ago that image was anything but positive. But today, that has changed:

In the last 6 years since I moved from San Francisco to Detroit, I’ve witnessed the city reimagine and rebuild itself.

The future of the iconic city is bright as it transitions to The Mobility City.

Silicon Valley may still be first in the nation in terms of the total number of tech startups. But my friends who thought I was crazy for leaving San Francisco for Detroit are now amazed at my foresight.

I tell them that it wasn’t foresight but belief — a belief that Detroit had the right ingredients to reinvent itself.

And luckily, the timing was perfect. 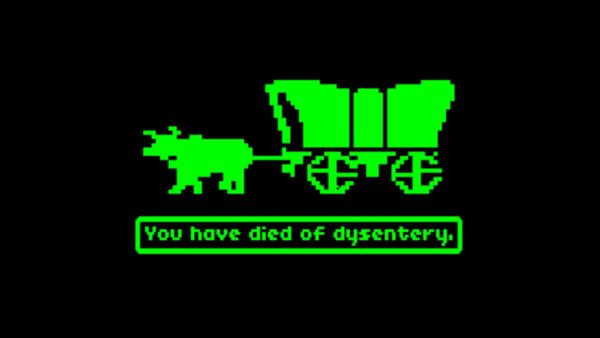 I grew up playing the computer game Oregon Trail. I am part of the micro-generation Xennials, also known as The Oregon Trail Generation, who had an analog childhood and digital young adulthood. The Oregon Trail game involved embarking on a journey westward to Oregon from the Midwest. To win involved

Today, I’m pleased to announce the 10 startups joining the 2020 MetLife Digital Accelerator powered by Techstars. This year’s startup class is building solutions for financial wellness and engagement, helping customers and families save money, tackle debt, stay healthy, care for seniors and children, and close the racial

Nine years ago, on June 3, 2011, from my desk in San Francisco, I sent a cold email to Dan Gilbert’s newly formed Detroit Venture Partners. I told them why they needed to hire me and why I wanted to move to Detroit. I knew long term I wanted