Ever since I started investing, both as an angel, and now as a venture capitalist at Detroit Venture Partners, there has been one recurring phrase that I hear nearly every day.

It’s a phrase that once intrigued me by what was to be revealed after hearing it.

And now, it’s a phrase that upon hearing it, makes me roll my eyes.

For it is a phrase that more oft than not, is vaporware.

I have a great startup idea

Or, turn it up a notch with it’s hyper-fearful cousin:

I don’t want anyone to steal my great idea, so I’m not sure I can tell you it

If you’re a fellow investor, I’m sure you’re rolling your eyes too.

If you’re a startup entrepreneur, you might be thinking, “but my startup idea is great”.

If you’re friends & family, you might be thinking, “but don’t you invest in great startup ideas?”.

So how do I respond when someone says this to me now?

Well, I say, before you tell me about your idea, let me tell you about my great startup idea. And no, I’m not going to steal your idea.

So here’s my great idea. And it’s ok if you want to steal it, I’ve got my secret sauce anyways.

I want to rent out a fairly large space, around 1500-2000 sq ft. I want this space to be in a busy part of town, that many people will pass by. In this space, I want room to sit 50 people at tables of 2-4. I want to have a bar that seats 12 people. In the back, I want a kitchen that has walk-in-refrigerator, multiple ovens, multiple sinks, dishwasher, and enough storage for canned and dry foods.

When people visit me during my open hours, I will seat them at the tables, and bring them a menu with a variety of food choices. After they pick their food, I will cook it in the back, and then bring it out to them. After they eat, they will pay me, and enjoy the rest of their day.

It’s a great idea because people have to eat at least 3x everyday. Not everyone has time to cook and a lot of people are too lazy to make great meals themselves. I’m going to make so much money!

Is it obvious what my great idea is?

It’s a restaurant, of course.

Guess what? There are nearly 1 million restaurants in the US.

Think about that for a second.

And yet they all share the same great idea.

But there is a lot of variance. Some are decent fast food spots. Others are hidden gems featured on Diners, Drive-ins, and Dives (a guilty pleasure of mine). And some have been awarded the most prestigious Michelin 3-star rating.

If every restaurant is based upon the same great idea, than what causes such a huge variance in quality, notoriety, and success?

The achilles heel of great ideas

The achilles heel of every great idea is the execution.

A great execution breathes life into a great idea.

A poor execution turns a great idea into a horrible mess.

Every great execution revolves around implementing the tiniest of details.

It’s also one of my favorite insights that I’ve learned since I’ve moved to Detroit and a Quicken Loans’ ISM “Innovation is Rewarded but Execution Is Worshipped.”

It is answering these questions and hundreds more, that turn this great restaurant idea into a greatly executed restaurant.

Speaking of greatly executed restaurants, my favorite pizza place in the country is Pizzeria Picco. Nestled in the quiet town of Larkspur, 10 minutes north of San Francisco, is this amazing pizza place. [Note: can you tell I’m writing this blog post right before dinner?]

My favorite part of this place? The pepper.

I’m a huge fan of spices, particularly pepper. One evening I noted how amazing the pepper was. Curious, I asked the waiter, and in turn, she asked the chef.

Sure enough, this wasn’t just any pepper. It was specialty pepper from Le Sanctuaire, at nearly $50 a pound!

The attention to detail was phenomenal. Instead of using cheap pepper that would diminish the flavor of the pizza, the chef turned to just the right pepper that actually enhanced the flavor. Perfectly executed.

Whether your idea is around starting a company, a specific feature on a product you’re helping to build, or just an idea for a backyard BBQ, remember, it’s not just about having great ideas. It’s about great execution on these great ideas.

It is far better to perfectly execute a simple idea, than to mess up a complex idea.

A favorite blog of mine for web and mobile apps is Little Big Details. There you can find hundreds of examples of great execution on simple ideas.

Perhaps you’ll be inspired to find just the right pepper to delight your users or customers.

Meet Jon Rossi: Founder and CEO of MyDealerService. Jon is one example of a passionate founder who has experienced the Techstars network in many different ways. 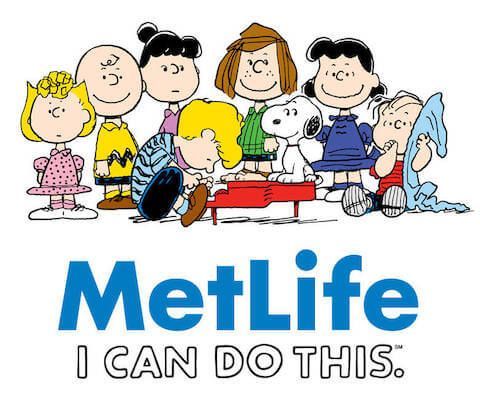